FPGA design engineering experts at Paradigm Consulting accomplish an important goal: to design a circuit and product that is safe and secure, and then allow customers and users to personalize its use in the field. It’s the best of both worlds: customers get a highly customizable product they didn’t have to create themselves, and engineers can create successful devices that can be used in a number of industries and applications. FPGAs also tend to be less expensive and faster to produce because they don’t include all the nuances and details of a single-use circuit.

In order to FPGAs to be successful, they must include programmable logic blocks, which can be reconfigured by users and programmed to meet their needs. These logic blocks can be wired together in various patterns and paths to perform a variety of functions. An FPGA also needs to include programmable interconnections between the logic blocks. The beauty of FPGAs is their versatility. They can be used in everything from aerospace navigation to defense programming. Microsoft even uses FPGAs on its intensive, high-performance systems, including the Bing search engine data centers, because of the power FPGAs offer in relation to their size.

What Paradigm Can Do for You 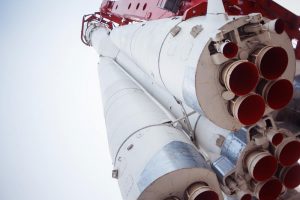 The success and effectiveness of an FPGA starts with its design engineering. Many companies want to take advantage of FPGAs but don’t know where to start. That’s where the professionals at Paradigm come in. With extensive backgrounds in all sorts of FPGA applications, our team can completely design the circuit or assist in the design engineering to create a device that is customizable and incredibly powerful.

When designing an FPGA, it’s important to consider the complexity of the computations and measurements of the device. Modern FPGAs have large amounts of logic gates and RAM to facilitate all kinds of digital computing. The devices also need to be able to verify large amounts of data quickly and accurately. In many cases, floor planning allows FPGAs to work within time constraints and use resources correctly to maximize their output and power.

Aside from digital abilities, some FPGAs also include analog features. These can include anything from a programmable slew rate to on-chip resistance-capacitance oscillators. Many FPGAs feature differential comparators to connect to differential signaling channels.

Engineering FPGA Designs That Are Powerful for the End Users

FPGA design engineering is a combination of creating a powerful device and also considering its usage and the needs of the end users. The right combination of digital and analog components, including customizable logic blocks, can create an FPGA that is useful to customers in a wide variety of applications. FPGAs allow users to reprogram a circuit’s capabilities quickly and without using a soldering iron or other involved equipment. Focus on the functionality of the device and the convenience it can create.

In order to ensure a successful FPGA that can be customized quickly in the field, turn to the trusted and experienced team at Paradigm. Contact us today to learn more about how we can help.