When creating a circuit design, there are numerous steps to consider and lots of people to involve. After the design has been created, many engineers and designers are excited to jump straight to the next step, but it is important to perform a worst-case analysis for your design. Taking the time to perform a thorough worst-case analysis can lead to serious savings of money and time.

Like the name implies, a worst-case analysis runs a design through the worst possible scenarios to see how it performs. Testing circuits under extreme environmental or operating conditions can find flaws and help the designer know when to take the product or circuit back to the drawing board. Hopefully the design never has to actually face the worst-case scenario in real life, but the analysis gives the designer confidence that it could survive if needed.

Here are three ways a worst-case analysis can save you lots of money. 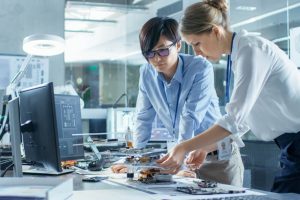 One of the worst possible things that could happen in circuit design is to send a product or circuit to production without realizing there are flaws. A faulty design could cause major issues for the end-user or customer and cost huge amounts of money to fix. This is especially important in certain areas of circuit design, such as aerospace, where even a small mistake can prove incredibly costly. Product flaws not only hurt the current project but can also put a mark on your company’s name that could potentially take you out of the running for future projects. In circuit design, quality is everything and even the smallest details matter. Taking the time to test for the worst-case scenario can point out any potential issues and allow the designers and engineers to fix them before the product goes to production.

The old saying “Time is money” is very true in circuit design. One of the biggest benefits of worst-case analysis is that it is performed fairly early in the process before the circuit is produced or used with other products. Every day of creation and design and every step further down the process costs more money, which means the longer it takes to find issues, the longer and more expensive it will be to fix them. A rigorous worst-case analysis helps identify issues early so that only a short amount of time is spent re-structuring the problem areas. On the flip side, waiting to find out about issues until the project is further down the pipeline means you have to go back even further in the process, which is time-consuming and expensive. Not only are you fixing and re-building the flawed design, but you also are missing out on creating other new designs that could potentially bring in large amounts of money.

Keeps Product in Line with Expectations

A worst-case analysis is a good checkpoint in the design process. The analysis can be done in a variety of ways to match how the circuit will most often be used. These tests can help ensure that the product was designed with the correct goals in mind. A product that is going to commercial users could have a different structure or interface than a circuit that is going to an internal customer, for example. Taking time to stop and test for the worst-case scenario ensures the product will work well for its intended user and keeps the product in line with its goals and expectations. If the product doesn’t align with the end-user and it isn’t caught, there is a chance the customer won’t like the product and it won’t be successful.